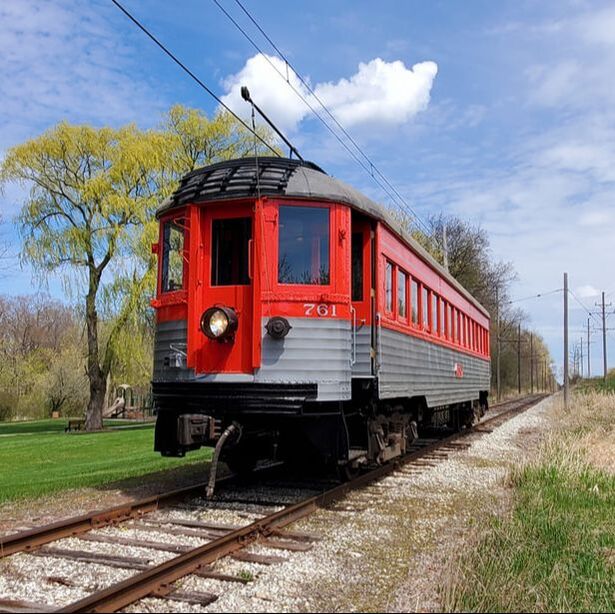 After more than a year of intensive restoration, Chicago North Shore and Milwaukee Car 761 will be dedicated this Sunday, restoring the car to service 58 years after its last revenue run between Chicago and Milwaukee. The ceremony will take place at noon at the East Troy Depot. Major donors to the railroad and the restoration will take a brief ride on the car, followed by cake and punch in the depot.

“The restoration project was extensive and the results are outstanding,” said Ryan Jonas, President of the museum. “Volunteers who are old enough to remember riding on the North Shore Line say it’s almost spooky walking into the car because it looks so much like it would have back in 1963. It’s like going back in time.”

Our regular trains will also be running on July 10th , starting at 11:00am. The last train departs East Troy at 3:00pm. The trains complete a round-trip between East Troy and Indianhead Park in Mukwonago in about 90 minutes. Your first ticket may be exchanged for rides all day, subject to availability. Passengers can also board at the Elegant Farmer.

Additional Facts about the Car 761 Restoration:
Total Restoration Budget: $42,700
Number of volunteers involved: 25+
Estimated volunteer hours involved: 1,000+
Purchase tickets for 761's First revenue Run
After a 5-year pause, restoration work on Car 761 progressed rapidly. A new roof, interior heat, new doors and rewiring had been completed in 2014. When volunteers discovered significant structural damage on the east end of the car, the project ground to a halt. With the addition of a qualified welder to our volunteer team (Mike Heck), the Board agreed that the project could resume. Paul Averdung has also returned to manage the restorations of Cars 761 and South Shore Car 6.

Project Updates:
September 2019: The south end coupler mount was repaired and the coupler reinstalled
October 2019: Work began to repair the east end structural members
November 2019: The compressor was cleaned and tested and found to be in working order
December 2019: The interior was completely stripped and readied for repainting
January 2020: The interior ceiling was repainted, new plate steel was being installed on the east end
February 2020: Trolley Poles had been installed and wired on both ends of the car. Control stands were being reconditioned
​April 2020: Control stands have been reinstalled at both ends, all the brake piping has been reinstalled and tested, structural work on the east end of the car has been completed and new wood flooring installed atop the nw plate steel. Three of the four stairways have been repaired and reinstalled.
May 2020: The interior walls have been repainted, the windows and window frames were repaired, exterior body work had been started, the luggage racks had been removed and replated in nickel.
​September 2020: Exterior body work was complete and exterior painting had begun. The seat frames had been removed from storage and were being readied for stripping and replating. The luggage racks have been reinstalled.
November 2020: The exterior painting has been completed, including the classic Silverliner paint scheme, except we are still working on the skirting. The seat frames were in the process of being stripped and recoated and the reupholstery work had been started.
March 2021: The new flooring is in place, the seat bases have been installed, seat frames are being prepared for mounting, the doors are all hung and are being painted, the new skirting has been manufactured and is being mounted.
April 2021: The seat frames are installed, most of the seat backs and seat cushions are installed, the doors are installed and painted.

Additional work that remains:
- lots of small details to make the car as close to perfect as possible
- finish installing all the reupholstered seat cushions
- lift the car and replace a broken leaf spring
Donate to Car 761 and Car 6 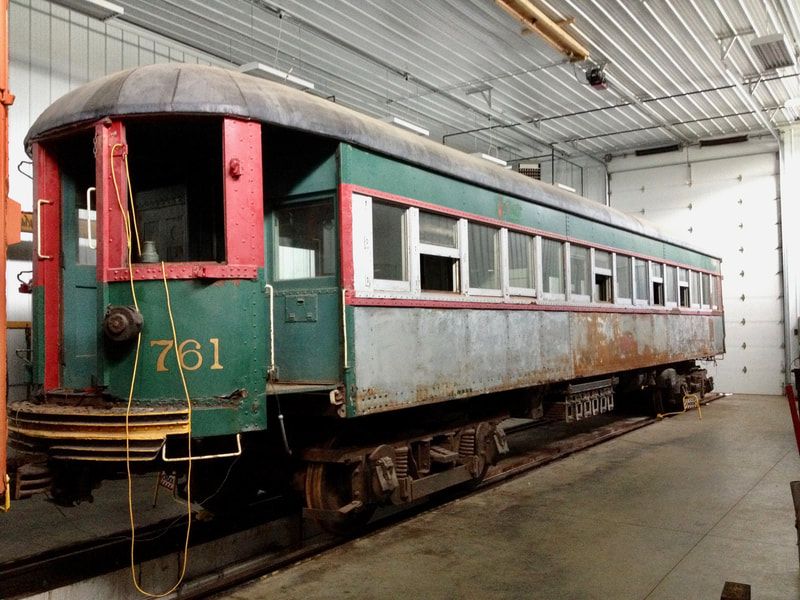 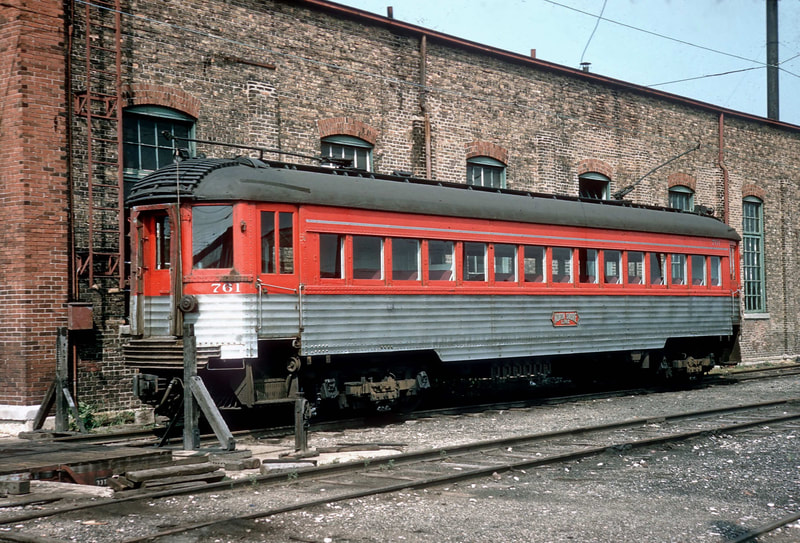 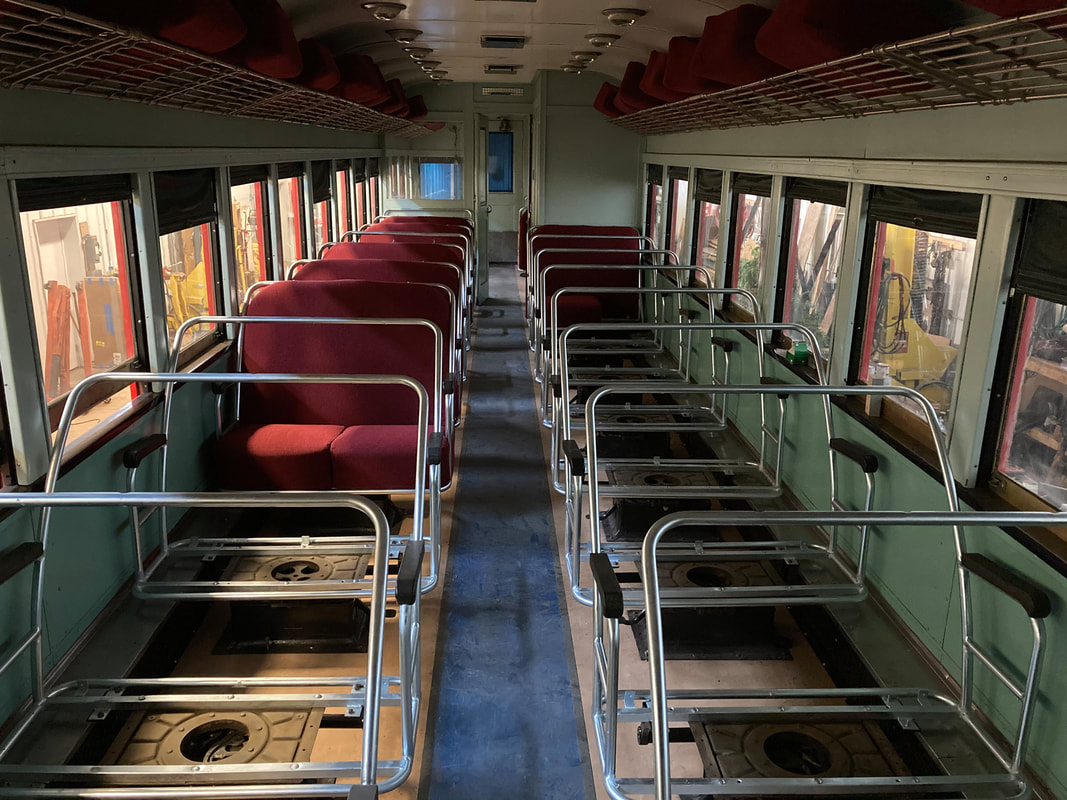 The seat frames are installed and most of the cushions have also been installed.